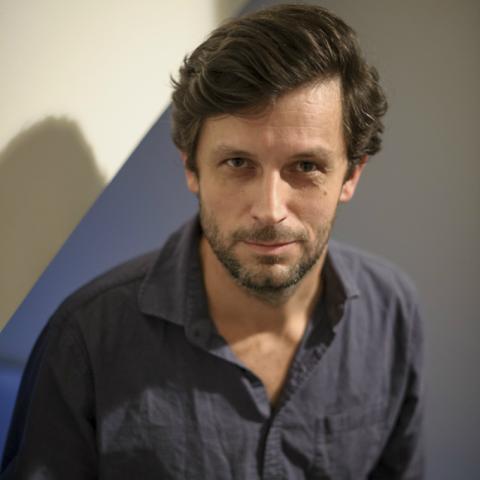 Born in Paris in 1972, Ambroise graduated from the Applied Arts School of Vevey, Switzerland in 1994. First based in London and then Paris, he worked as a photo-journalist for both french and international magazines, spending much of his time traveling in South East Asia, Central and South America.
From 2001, Ambroise has essentially devoted his time to landscape photography and started a 5 year project witnessing the changes happening in Beijing before hosting the Olympics.
In 2006 Ambroise Tézenas gained international recognition through his first book, Beijing, Theatre of the People, which won the European Publisher’s Award for Photography. Published in seven languages, this project was exhibited at many venues in Europe and Asia, including the Kunsthal Museum in Rotterdam and the Arles Photography Festival in France.
In 2009 he won the Nikon Story Teller Award for his photographs of Cuba commissioned by the New York Times Magazine and was shortlisted for the Prix de Académie des Beaux-Arts and the Pictet Prize in 2012. Represented by Galerie Mélanie Rio (France), his work is part of the Bibliothèque Nationale de France collection.
Photographer and author, his latest book, I Was here (Dewi Lewis Publishing 2014), captures though landscape photography people’s increasing interest in visiting places linked to death and destruction.
His work features regularly in major international publications, including the New York Times Magazine and AD Magazine.